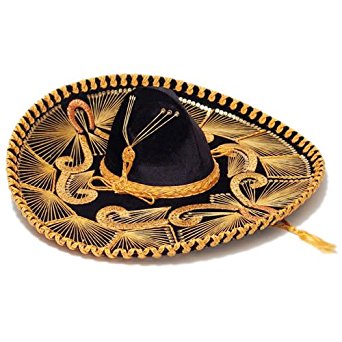 If you were at Creativity Camp in February, you know all about the Magic Sombrero. For the rest of you, here’s what happened.

Every evening we gathered around a warm, crackling fire to read and write scary stories. Now, you can imagine how quickly this devolved into silliness and belly laughs! But here’s the thing, when you’re trying to tap into your creativity, you want to get into that zone of silly joy and irreverent creativity. So, in the spirit of Creativity Camp, here’s Pamela’s impromptu scary story –

When I walked past the Hacienda, I saw the glow of firelight from within and I knew Shannita was there, piling logs on the fire in the huge old stone fireplace. It was cold that night and we needed the heat. Shadows flickered and I paused to look in on the cozy sight.

What I witnessed was not at all the comforting scene I had imagined; in fact, it chilled my blood and left me breathless. There lay Shannita, on the floor, her Magic Sombrero cast aside on the dusty floor. She appeared lifeless and panic seized me. I rushed through the narrow doors to her side, banging my elbows as I burst into the room, my heart beating wildly. I grabbed her shoulders and shook, but she did not respond. I checked her pulse, which was bounding. Her breath was shallow. Her skin was feverish and clammy.

“Shannita! Wake up,” I yelled, and slapped her cheeks.

She stirred as if to wake, then bolted upright, screaming. She fought me as if for her life until she realized I was not the being that harmed her.

“What the hell happened to you?” Her eyes darted around the room, fear still driving adrenaline into her system.
“I don’t know! I was stoking the fire when I was overcome with a feeling like . . . I don’t know. Doom.” she said, sweeping her fingertips over her eyes as if to erase the image. “And then I was pushed to the floor. Or maybe I fainted, because I recall nothing after that,” she said, shaking her head and running her fingers through her cropped hair. I thought she was being a bit dramatic and I reassured her that no one was around. We had the Ranch to ourselves and she was safe. She nodded, the color rising on her cheeks revealing her embarrassment.

I helped her up and, when she turned away from me, I saw the large sooty handprints on her back and my throat filled with a scream.